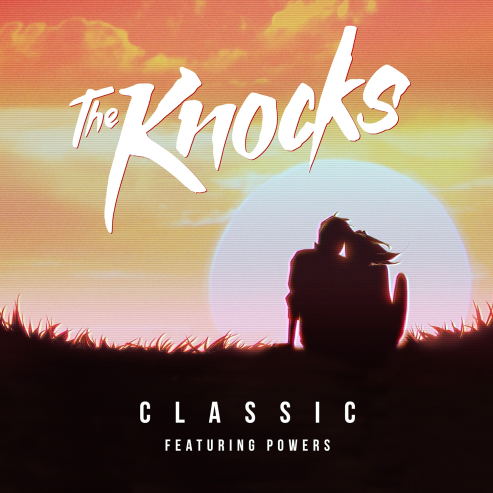 We may be putting a close on the winter season over here in Australia (although in Sydney it feels like we’re in the thick of it!), across the water, UK’s The Knocks have put together the best summer anthem since XXXX Summer Bright teamed up with Gold Fields to produce a remake of Summer In The City. Classic, featuring Powers plays like a fireplace, warming the room at the coldest of times with it’s slick, strutting beat and pelting funk-styled guitar. As if the single cover wasn’t a dead giveaway.

You just know a track has to be good if RAC decided it was worth a remix. So as we put an end to this horrible, horrible week here in Sydney, enjoy the smooth stylings of The Knocks, both the original, and as interpreted by the man himself, RAC.

The Griswolds – If You Wanna Stay 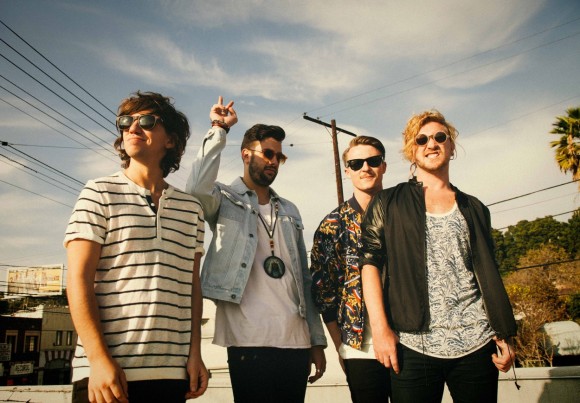 This Friday cannot come any sooner. I’ve posted so many times in anticipation of their debut album Be Impressive that I need to use a stock image of the band rather than the album cover, mainly due to the fact that it’s been done so many times in recent memory. Sydney rockers The Griswolds leaked the latest tune from the album this morning for Neon Gold Records and it’s another solid indicator that Be Impressive may just be the best Australian – nay, world – release this year.

If You Wanna Stay is so much fun. I saw this one live in Sydney when they supported St Lucia and it killed. People were tapping and spazzing inside their own heads, unaware of anyone around, and that’s exactly what The Griswolds do to you with their live shows and their music in general. This music is the type that make you think, “You know what? Fuck it if people are watching, fuck whatever mood I’m in and fuck what’s going on outside of the radius of my body – I’m going to dance and thrash so hard that people are going to shit themselves at how awesome I am”. That’s right…If You Wanna Stay is “shit yourself” good.

For the millionth time, Be Impressive is out this Friday, August 22nd, you can pre-order here on iTunes.

Racing Glaciers are a group of guys that know how to fly under the radar. It was only when I received a press release this morning announcing their latest single Animal that I realised I had been listening to them for a few months without knowing, loving on their earlier single First Light. Turns out I had received the notification of that release too and quickly dismissed it. But not this time, I won’t make those mistakes again. Never again.
Animal plays like a cooler version of anything from The Fray, Coldplay or any of those brilliant ballad type bands that built fame on the back of beautiful soundscapes and sophistication. The track has this kind of sad, vindicating sound to it, and it’s noticeable that there was something broken about the writing process. If you read Lead singer Tim Monaghan’s comments about the process behind Animal and the new EP Don’t Wait For Me, you can feel it’s got this rustic vibe about it.
“I was back home for a few days and we have this old beat up piano. It’s never sounded very good but there’s something I love about it. I wrote Animal one evening and then we developed the sound as a band,” said Monaghan. “Don’t Wait For Me was a natural process, we spent a week in this little studio out in the woods run by the EP’s producer Jolyon Thomas and his dad Ken and they both have a great ear for creating big, spacious sounding recordings.”
Don’t Wait For Me is out now and available for download on iTunes or stream on Spotify.
Leave a comment
Uncategorized

Great Good Fine OK – By My Side

I feel like it’d be a crime to write an assessment on this song. It speaks so fucking loudly for itself. This is perhaps the best song I’ve heard this side of 2014, and apparently recorded live – at The Wild Honey Pie‘s very own summer camp. Great Good Fine OK are gearing up single by single to create a really solid playlist for themselves in what I hope is the lead up to a much anticipated debut release. If I was able to review it single by single with what they’ve produced so far, I’d be giving out my first 5/5.

I’ll tell you what though, if this truly is live – then smack me sidewards and serve me a milkshake.

ALBUM REVIEW: Wildcat! Wildcat! – No Moon At All

Wildcat! Wildcat! shot into the spotlight in early 2012 when the unexpected indie hit, Mr. Quiche, melted faces all across the blog-o-sphere. After so much crazy hype, they did what no band would do in their right mind and went M.I.A. Aside from a single or two in between (that were both nothing to yarn on about), two years later they’re out with a full length debut. Released on August 5th, No Moon At All is a collection of wispy dream-sequences, reaching out towards the essence of that first hit, and with the faint sense that there’s something catchy close by.

Starting with the enigmatic Tower // W.O.H.L, it feels like the sort of album that needs to be appreciated in context. Sitting quietly, listening on a drizzly Sunday night it quickly becomes the perfect companion – pattering along at a hollow pace, coming off a little bit dark and a little bit hopeful. When the expected single Garden Grays follows it’s building up to be the soundtrack to a dream sequence, carried on by unique keys and shallow vocals. Though at this point, much like a dream, it’s feeling a little incomplete.

As I said, this album needs to be listened to in the right context. Although there’s a very enjoyable theme throughout, it’s the kind of album that runs through in your playlist while you’re doing something else, and by the time it morphs into another album you haven’t even realised it’s been playing. And with that, I might as well skip to the standout tracks.

Up & Beyond is clearly the first track to stand out in any real way on No Moon At All. The vocals are bolder and more distinct, and it presents with more solidarity. It’s catchy too. With the lyrics, “Come on, we are going up and beyond”, it grinds with confidence, feeling like the boys knew exactly where the album would reach it’s height. Perhaps not so though, with the track Circuit Breaker featuring later in the album as an unlikely highlight. This one is pretty cool actually and something I believe would properly translate amazing live. These two tracks are where it’s at on No Moon At All. Unfortunately that’s where it ends.

I’d hate to completely write off the album though, it’s actually a really good listen, just not all it could be. For that reason, I’m going to deduct points but still leave them with a mark of something that is worth going out and grabbing from the record store based on the fact that it’s going to be handy when you feel like staying in on a damp Sunday night.

Let’s play a game of musical doppelgangers. If you listen to the track below, what other song do you hear in the back of your mind?

If you guessed the 1997 pearler Sunchyme, by Dario G – you’ve won yourself a big gold star. The latest single from Melbourne based indie outfit Buchanan is a tribute to late nineties dance music. It’s called Coming Down and put simply, it’s a pretty good listen – if you’re into that kind of thing.

Once upon a time, it seemed like everyone I was writing about was Swedish. Postiljonen, Urban Cone, Royal Concept and even Satellite Stories from Finland wasn’t a huge jump across the world. At that time, one of the highlights was Kate Boy. A little known artist that released the single Northern Lights around the same time female artists like HAIM and CHVRCHES sprung to life on all the indie blogs, and looked to give them all a run for their money until for some reason, she just didn’t.

One of those reasons could be that she didn’t have plans to release any more songs, or at least in a full length album in the way that the others seemed to build up to. The exciting news is she’s just released the new track Self Control, coincidentally showing my lack-there-of going off how excited I am by it. It’s another industrial sort of tune, with electronics, a heavy dockyard-esque drumbeat (why do I always compare songs to levels of first person shooter video games). As my year eight science teacher would say, it’s got a cargo load of ticker. Check it out below.