Category Archives: album of the month

Album Of The Month: October

I know I’m a bit late. We’re almost due for an Album of the Month: November (which I assure you will be a lot quicker to develop then this one). It’s strange too, because this here album is quite possibly the easiest pick I’ve ever had to make. I mean, it’s shockingly brilliant. I literally can’t believe how much I am stoked over this record.
I prematurely announced that this record would be released on the 30th of September. However, due to the unforeseen circumstance of one of the band members breaking a bone or being sick or something reasonable, the release date was pushed back to the 15th of October. Not released on Australian iTunes, I was understandably furious that I could only listen to this glorious collection over YouTube, having to ride out the train and only listen to this new stuff on my computer when I got home. Furthermore, about four of the tracks on the album have been previously released, including two (Worry and Waiting in the Shadows in the Dead of Night) that were released back in February/March! Nevertheless, it is clear that in the short time Little Comets have been ticking along in the spotlight, their sound has matured at an incredible rate. Their debut record, In Search of Elusive Little Comets, was a collection of your standard British pop tunes with vibes taken straight off the likes of The Wombats, The Kooks or even perhaps to a lesser extent We Are Scientists.The vibrant three part harmonies and stop/start clanging of guitars rivalling the drummer for control of driving the beat of the songs, alongside Robert Coles unreal ability to make a crafted, polished voice sound gritty and cool. It was one to be reckoned with and justifiably gave them notoriety in the UK.

Enough said about their old stuff. We’re hear to give praise to the new and mature version of Little Comets. Life Is Elsewhere is a polished number that doesn’t pit their old stuff against their new stuff, but rather effectively showcases their growth as a band the way the fans would want it to happen. There’s no “oh they’ve sold out” or “they tried too hard to be proper musicians and ended up making some wanky experimental record”. They just got better, more interesting and fresh. It’s still the same Little Comets vibe that all the fans (well assuming I speak on behalf of all the fans) loved, but not the same old shit. Tracks like The Western Boy resonated the most with me, highlighting the carefully crafted musicianship of the band in the alternating time signatures layed out in the drums, the jumpy falsetto over the scurrying lead guitar all culminating in the simple words “One day I’ll wake up and I won’t need you”pitching to the crowd a straight forward catchy chorus that shows the people that although their musicianship is getting much more wicked, the essence is still that of a fun, enjoyable British pop band. Older singles like Worry and Jennifer are easy tunes guaranteed to get stuck in the old noggin for days whilst having tines of originality that can only be identifiable in conjunction with this one particular band.

The stand out tracks for me would probably be Bayonne (featured on this months BIRP! Playlist and an earlier Whamtam Ten issue), Semaphores on the Lawn and W-O-E. Maybe this is because I am usually opposed to the first single after hearing awesome stuff on the rest of the record, I may have immediately dodged the singles. But these are just great tracks that include a whole mix of everything that is good about Little Comets. The first single of the record prior to the release is also the first track, titled A Little Opus and is actually a great song in its own right but for some reason was a little plain for me in comparison to all the other great stuff. All in all, save for maybe one crusier tune I think they didn’t spend much time on, it’s an almost flawless album.
So there’s my album of the month for…almost two months ago…better late than never! Do yourself a favour and go pick it up if you somehow can! We need to get them popular in Australia so they will tour over here!! Do it now.
Leave a comment
album of the month, australia, in a million years, indie, last dinosaurs, music, New music, rock

Album Of The Month: September 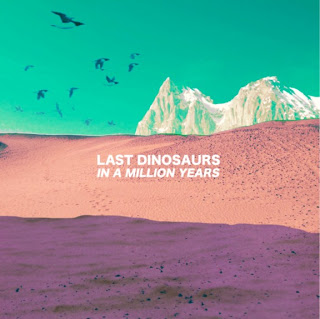 Once again it was an easy choice for album of the month in September. Last Dinosaurs newest release, ‘In A Million Years’ is super consistent from beginning to end. I’ve already displayed their single Zoom in Issue Four of our Whamtam Ten and it’s safe to confirm that the rest of the album is just as good, if not better.

After Zoom they shoot straight out with the absolutely amazing track I Can’t Help You  (my favourite on the album) which shoots between edgy rock and that brit pop style indie verse that makes you so enthusiastic about everything you want to shout along all chorus long. Songs like Weekend and Honolulu turn down the fast paced harder style that some of their stuff have and make for some seriously catchy, chilled out tracks. Their track Andy reminds me a lot of that fun, bouncy style that Two Door Cinema Club got so famous doing and continues to show off how versatile In A Million Years really is.

Basically, this album is a perfect glimpse into how fricken good Australian music really is getting (or has gotten rather) at the moment. I’ve been scouring through this album over and over again from beginning to end the whole month and I can’t recommend any higher. If you get a chance, buy it. Don’t think about it. Buy it. You won’t regret.

Album Of The Month: August 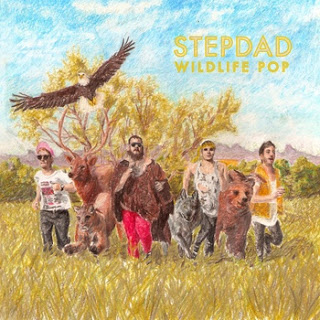 This for me was a pretty easy choice for the first Album Of The Month. The consistency within this entire record is actually mind-bottling (you know when it’s so awesome it gets your thoughts trapped like in a bottle??). There are literally more singles embedded in this debut effort than you could poke a stick at and the vibe of the album is just so much fun. In all the weekly finds I make it’s rare to come up with an entire album that I can do over and over for a month and still believe it will remain in my collection for a long time to come without getting tired.

The single they went with to open up the hopeful drive into the charts was of course the feel good epic “Must Land Running”, that somehow reminds me of a sporting anthem but has all the perfect lyrics to remind you that life is just the best. Other highlights include my personal favourite which was included in Issue One of The Whamtam Ten, “Show Me Your Blood”, “Will I Ever Dance Again?” which after seeing the video could of easily been the opener for an eighties sitcom & “Pick & Choose” which despite being terrifically electro infused, still pulls off romantic. “My Leather, My Fur, My Nails” is perhaps the best showcase of their Synth-Pop vibe on the album and gives way to a lot of other tones within the album whilst being a great sing along if you’re into it.

The album in its entirety is available for screening on bandcamp. Sadly, for Australian fans and coincidentally anyone who even bothers to read this blog, it is not yet available on iTunes for purchase. I contacted the band via Twitter a while ago about getting the album and they implored me to download it illegally (great fellas really). Imagine my surprise when it’s also nowhere to be downloaded on the entirety of this great platform we call the inter-web. So get you’re fill below or at stepdad.bandcamp.com