Maaaan, I have yet to be more impressed by a new-ish band in 2015 than I am with this Norwegian powerhouse of indie brilliance. Kid Astray have since released the amazing “It’s Alright”, although I had to go back and check this one out.

“Still Chasing Nothing” reminds me of Australians Tim & Jean, or in a looser way, Passion Pit without the falsetto vocals. It’s got a huge beat and pace, synth pulsating through the middle keeping the vocal melodies in check. in 2015, it’s hard to dislike anything this band have released and I’m very much looking forward to a release later this year.

I’ve previously pegged them as something liken to Foster The People, with stunning singles like “Dream And An MPC” and “Break My Fall”, but this is LA based Golden Coast showing off a different side of them.

While still showcasing those some vibes we came to love with their debut tunes, they’ve added a bit of a reggae vibe and slowed things down, forming a pretty wicked fourth release. I’m really hoping this eventuates into an album in 2015, rather than a lame EP release with exactly the tracks they’ve already released on it, a trend that seemed to be rife in 2013, and continued in 2014. The latest effort, “Futurist” is indie-pop at its finest. Sexy hooks permeate the chorus merged with back-up vocals and tribal dance drums, resulting in a tune that is ripe in time for the American summer coming up soon. 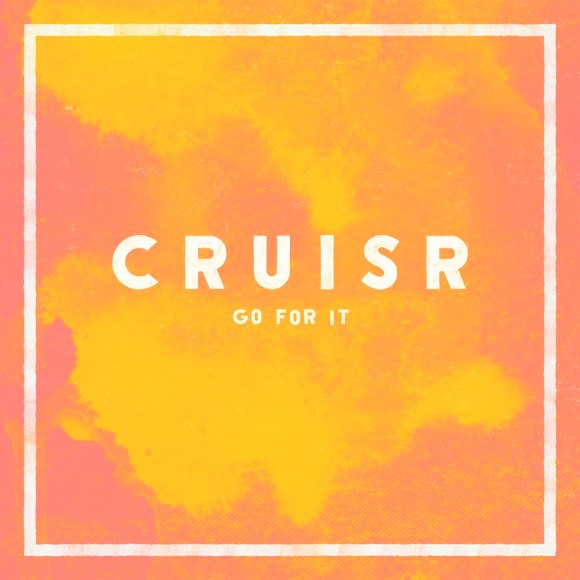 The American summer is just coming into full effect, so it makes sense that be releasing tropical tunes of this sort. But as the sun starts to fade over our side of the world, and the drowsy folk and minimal artists come out of hibernation, CRUISR have released about the brightest tune you could imagine.

Known for their optimism and melodic sunny side, the band from Philadelphia released an as expected indie-pop tune to start the season, in the unreal “Go For It”. Filled with mystical keys and happy tidings vocals leading into a chorus that lifts so high you won’t know what to do with yourself. The band have been releasing a few singles leading into 2015 for (I’m assuming) another album to come. It’s one you should definitely be excited about, so stay tuned.

Penguin Prison is back with another piece of pop gold in the lead up to his next album due out later this year with the track “Never Gets Old”. We’re all very excited for it. The man has obviously been getting a lot of inspiration from RAC (or the other way around, we’re not sure), and he’s putting that to good use.

The song is a pretty standard formulaic one, with the vocals not trying too hard and a verse, chorus, rinse, repeat sort of vibe. But Penguin Prison knows how to do this with style and maybe it’s true. Maybe it will never get old. I guess we’ll have to wait for announcement for dates on the album. In the meantime, check out the new track below.

“Decided Knowledge” is a warped but somehow catchy tune, released in the lead up of the album, “O, Shudder” which comes out on the 23rd of February this year – an exciting development in the catalogue of English indie band Dutch Uncles.

They made critics give a cheeky nod in the release of their 2013 effort “Out of Touch in the Wild”, which showed the band pulling together a fully enriched style of prog-rock-ish indie that not many had heard before. “Decided Knowledge” still has all that wonderful 80’s, all-over-the-place style, while stripping it back a little bit to let some of the pop elements shine. It’s an unreal step in my own humble opinion and definitely one to keep on tab during February.

Sans Parents – Coming Back To You

Following the disbandment of the epic Australian indie pop outfit Hungry Kids of Hungry, ex-members Kane Mazlin and Ryan Strathie have formed new project Sans Parents with Sydney-based session player/Andy Bull collaborator Alex Bennison. The new three piece have just delivered their debut single ‘Coming Back To You’ which is a crunchy and aggressive number, reminiscing on the days of garage rock.

Originally setting out to assist each other on new post-band solo projects, they discovered that the chemistry displayed through their collaborative efforts sparked a song-writing synergy that has already eventuated in a near-completed album recorded by Brisbane’s Matt Redlich (Ball Park Music, Emma Louise).

Sans Parents will also be announcing shows for 2015 in the coming weeks.